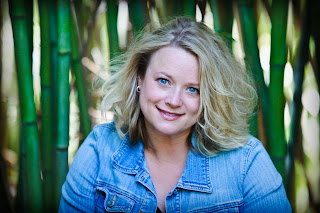 Karri Brantley is originally from the 'mitten' (Michigan) & graduated from Wayne State University in Detroit with a BFA in acting, as well as the prestigious Second City Detroit Conservatory focusing on the art of Improv, Writing & Directing. She moved to Asheville in 2003 to co-found a national touring theatre company, Bright Star Children's Theatre. Most recently, her love of photography has developed into a growing business - www.karribrantleyphotography.com. Some local credits include, Acting in LaZoom's Comedy Touring Bus, Nerve, & Bernstein Brothers Christmas Spectacular. Directing Seeing Stars in Dixie at ACT and Grace & Glory at Parkway Playhouse in Burnsville. Producing Jack & Diane and Dear George Letters at NC Stage as part of their catalyst series. Judging the North Carolina Theatre Conference & teaching a semester of drama at TC Roberson High School.

Karri just recently moved to sunny LA where she is living it up and doing all sorts of fun things from voice over acting to director of photography for an online web series! We wish Karri all the best and want her to know she is missed!